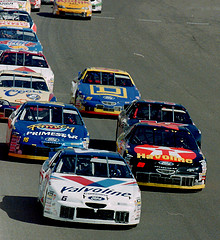 The NASCAR “Silly Season” is in full swing—

Brad Keselowski will leave Penske Racing to join Roush Fenway Racing as a driver and an owner in 2022. He has won 34 races in his 12 seasons with Penske and won the 2012 Cup championship. 2020 Xfinity Series champion Austin Cindric will replace Keselowski in the Penske #2 car next season.

The Cup Series is idle the next two weeks due to Olympic coverage on NBC.