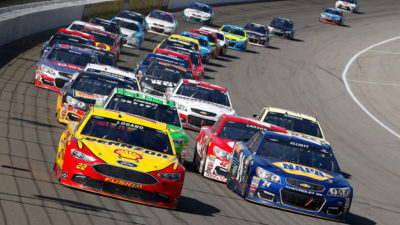 Kyle Larson takes another win/victory puts him in Phoenix finale

Kyle Larson earned his eighth victory of the season with the win at Texas Motor Speedway Sunday. The win locks Larson into the final four of the championship run in three weeks. The drivers head to Kansas this Sunday.

Ryan Blaney, Denny Hamlin and Kyle Busch are above the cutoff line in points to reach the final four, but any of the other seven contenders who earn a victory in the next two weeks will clinch a spot in the season’s final race at Phoenix.